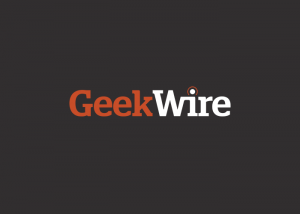 GeekWire spoke with LevelTen CEO Bryce Smith about the company's latest funding round and how Seattle is emerging as a hotbed of energy innovation. Below are excerpts from the article:

Several years ago, LevelTen CEO Bryce Smith saw that companies such as Microsoft, Google, Amazon and Apple were starting to buy up renewable projects in a major way. He smelled an opportunity.

Smith went on to found LevelTen, a Seattle-based startup that allows companies large and small to buy clean energy online. The company just raised $20.5 million to fuel the growth of its platform and expand its presence in North America and Europe.

...Bryce thought that a simplified marketplace would make it easier for companies to "go green" without employing a team of people to evaluate hundreds of projects and slog through the financials. Smith has previously compared the platform to a mashup of Match.com and Vanguard - with a clean energy spin.

...Just five years ago, the idea that companies would fund their own clean energy projects was still very new. Only eight corporations - including Google, Microsoft and Apple - signed such contracts in 2014. Last year, 75 companies funded contracts for 6.43 gigawatts of renewable power, according to the Business Renewables Center.

The fresh influx of cash follows LevelTen's first major fundraising round two years ago and brings the company's total funding to $27.3 million. Prelude managing director Tim Woodward will join LevelTen's board of directors.

"What a [clean energy] project needs to get built is a guaranteed long-term revenue stream," said Smith. "You can't build a wind or solar project unless you have that commitment from someone to buy the power."

Through the platform, companies essentially pledge to pay a fixed amount for the energy that a project produces. If that price winds up being less than the market rate for energy in the future, the company will make money; if not, the company loses money. Either way, they can claim to have reduced their carbon footprint and receive renewable energy credits from the project.

Some of LevelTen's customers include Salesforce, Gap, Bloomberg and Workday. More than $1 billion worth of renewable energy has been purchased through the platform so far.

While Seattle hasn't always been a major source of cleantech startups, Smith thinks that's changing. "Now that software is a vital part of every industry, Seattle is emerging as a hotbed of energy innovation," he said. Other cleantech startups in the area include solar investment service Omnidian and peer-to-peer energy trading platform Drift.