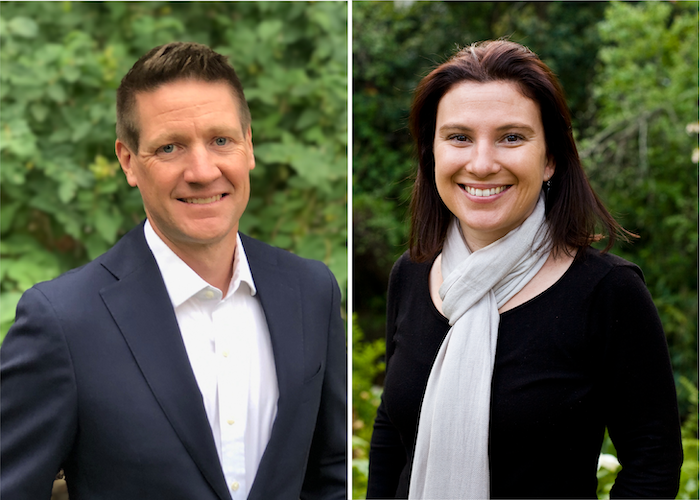 Today LevelTen Energy, the leading provider of transaction infrastructure for the renewable energy economy, announced the promotion of two senior executives at the company: Jason Tundermann as Chief Operating Officer and Vicky Eriksson as Vice President of People and Culture. Each will play a key role in maintaining and growing LevelTen's operational excellence as the company rapidly expands its platform to serve new regions and audiences.

Tundermann joined LevelTen in 2018 as Director of Business Development, bringing more than 10 years of renewable energy development experience, and over 7 years of finance and investing experience to the company. He was quickly promoted to Vice President of Business Development, leading LevelTen's successful expansion into 19 countries across Europe. As Chief Operating Officer, Tundermann will oversee the Analytics, Product, Developer Services, Europe and R&D departments. He will report directly to Chief Executive Officer Bryce Smith.

"Thanks to Jason's leadership, LevelTen's expansion to Europe was a resounding success, establishing LevelTen as the largest renewable energy procurement platform in the world," said Smith. "To deliver thousands of PPA offers across 19 diverse countries, and the analytics required to select the best one, Jason had to ensure that our Developer Relations, Analytics, and Product teams worked efficiently, giving everyone at LevelTen the utmost confidence in his ability to deliver in his new role as Chief Operating Officer."

"By making renewable transactions faster, easier, and less risky, LevelTen is accelerating project development, and ultimately the transition to clean energy," said Tundermann. "I couldn't be more proud to lead this team of passionate engineers, analysts, and industry veterans working furiously to solve one of the world's most important problems."

Eriksson joined LevelTen in 2016, bringing over 15 years of experience as a People and HR consultant for high-growth entrepreneurial businesses to the role. As one of LevelTen's first employees, Eriksson played a critical role in defining LevelTen's strategy and culture, and building its staff as the company quickly grew. Thanks to her contributions, she was promoted to Chief of Staff in 2017. As Vice President of People and Culture, Eriksson will oversee human resources, training, diversity and culture initiatives, ensuring all team members have the opportunity to fulfill their potential and maximize their contribution to the organization.

"Vicky has been on this journey from the beginning, and we would not be where we are today without her," said Smith. "As we continue to rapidly grow, the well being of our people are paramount. Vicky will ensure that we don't lose the passion, efficiency and fun that defines working at LevelTen. There couldn't be anyone better suited for this critical role."

"We've come so far in bringing to life our vision of a platform that reduces friction in renewable energy procurement, thanks to the extremely talented staff we've assembled along the way," said Eriksson. "There's so much opportunity ahead, and I look forward to growing our team and preserving our culture as we tackle what's next."