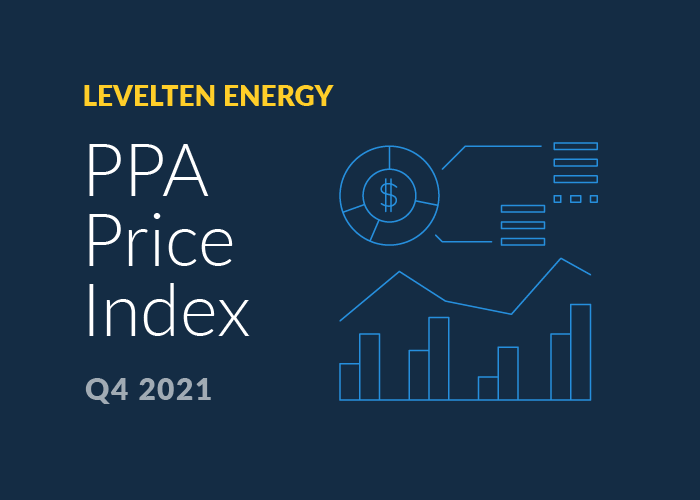 Today, LevelTen Energy released its Q4 2021 PPA Price Index Reports for North America and Europe, delivering the industry’s most comprehensive analysis of actual power purchase agreement (PPA) price offers on the LevelTen Energy Marketplace. Here are a few highlights from each report. To access the full reports for free, please complete the short forms below.

In Q4, the renewable energy market continued to navigate a sea of complex and intersecting challenges: from ongoing supply chain constraints and rising commodities costs, to regulatory uncertainty and congested interconnection queues. As projects battle through developmental headwinds amid ballooning demand for renewable energy from the public and private sectors alike, available renewable supply is tightening and applying upward pressure on PPA prices. From Q3 to Q4, the Market-Averaged P25 Index for North American PPA price offers on the LevelTen Energy Marketplace rose by 5.9%.

In the first few quarters of 2022, we may see more upward pressure on PPA prices as inflation drives commodities prices higher, which may increase the cost of development.

As PPA offer volumes fluctuated across other ISOs, ERCOT offer volume remained strong during Q4 . “While renewable PPA prices are, as a whole, rising across all ISOs, the ERCOT solar market has shown impressive resilience amid the substantial market uncertainty that defined 2021,” said Gia Clark, Senior Director of Developer Services at LevelTen Energy. “With low prices and a high volume of PPAs on offer, ERCOT is by far the most transactable solar market right now.”

Despite the many economic, regulatory, and logistical headwinds the renewables market is facing, corporate PPAs are still getting done. According to our survey of LevelTen partners, the primary reason corporate buyers remain committed to securing PPAs is to make a direct and measurable impact by bringing new clean energy projects onto the grid. These motivated buyers are working with developers to find common ground and contracting success by employing a variety of contract structures. LevelTen’s Q4 survey of 59 project developers revealed that the top 3 non-standard PPA contract structures being utilized in current market conditions are:

"The good news is that PPA deals are still getting done,” said Rob Collier, VP of Developer Solutions at LevelTen Energy. “Contract innovations tailored to current market conditions are enabling successful PPA transactions. And second, buyers have so far remained undeterred by market conditions, meaning that demand is still high. Both of these facts are encouraging, because it means that parties on both sides of the table are incentivized to find common ground.”

Sky-high wholesale electricity prices have created a significant impact on both PPA supply and prices. “With wholesale prices as high as they are, selling energy into wholesale electricity markets is an increasingly attractive option for renewable developers. Developers will often contract the majority of a project’s generating capacity through PPAs, and sell the remaining capacity into the wholesale market — even though doing so carries a degree of merchant risk inherent to fluctuating electricity prices. With wholesale prices being as high as they are, developers are raising their PPA prices to make up the revenue they could have otherwise made selling a greater percentage of their electricity on the day-ahead market,” said Fred Carita, Manager of Developer Services, Europe.

The energy crisis has caused Spain’s solar market to cool off in the short term as Spanish P25 solar prices rose 11,5% during Q4. Notably, Spain’s percentage of total European offers on the LevelTen Energy Marketplace dropped 12% from Q3, as many developers take a “wait and see” approach following recently implemented regulations that cap their profits, and leading up to a 500 MW government auction in the spring. In Italy, P25 solar prices, which were highly stable throughout most of 2021, rose nearly 21%.

The Nordics have been less impacted by the ongoing energy crisis, as an abundance of low-cost hydropower protects them from the high wholesale prices the rest of the continent is experiencing. However, not all Nordic markets are equally protected: Sweden imports some of its electricity from Denmark, where German prices are driving up wholesale electricity prices and, consequently, PPA prices. Southern Sweden’s exposure to central European energy markets is driving some upward pressure on PPA prices there as well. 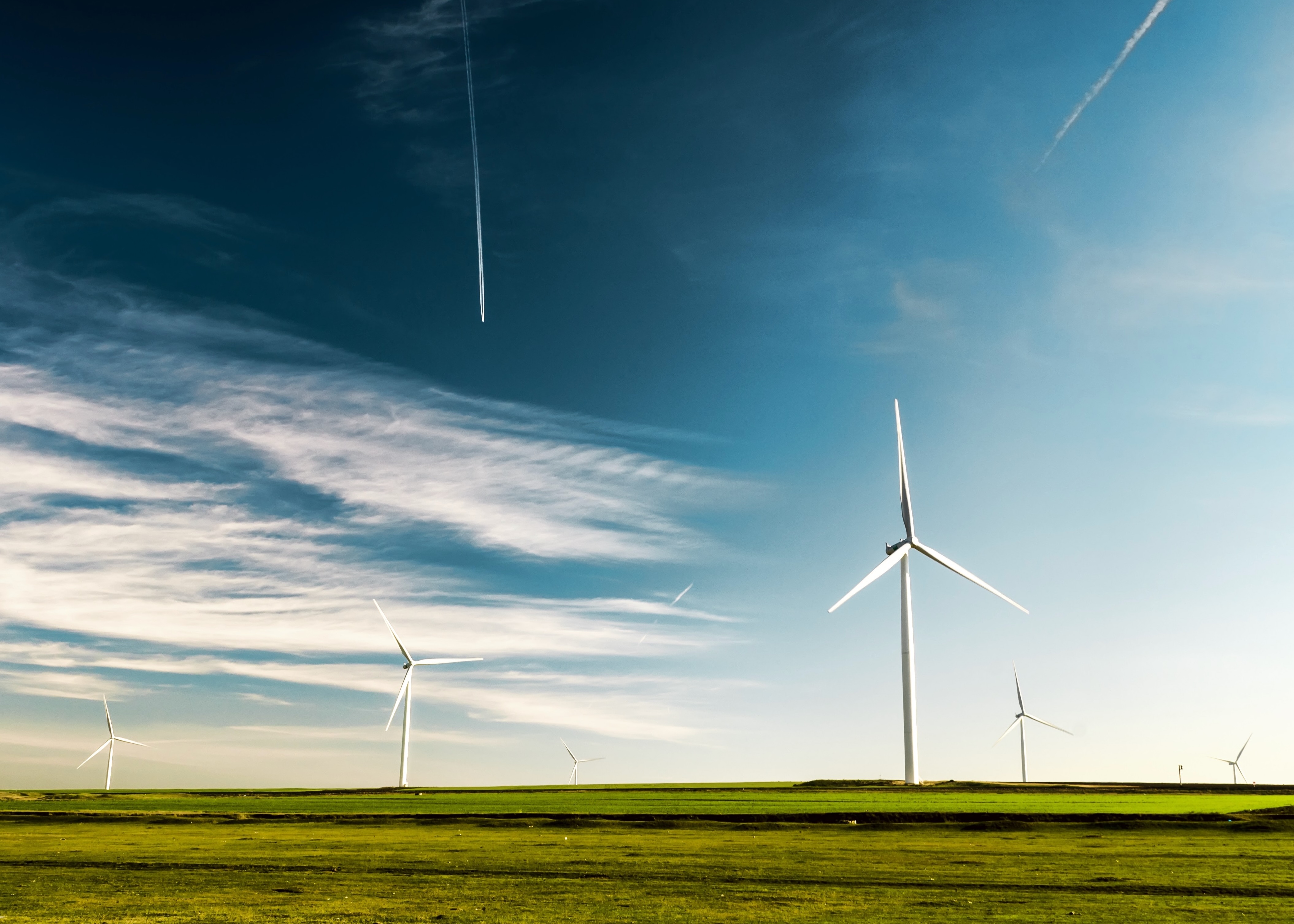 5 Predictions for the Utility-Scale Renewable Energy Market in 2022

5 Predictions for the Utility-Scale Renewable Energy Market in 2022 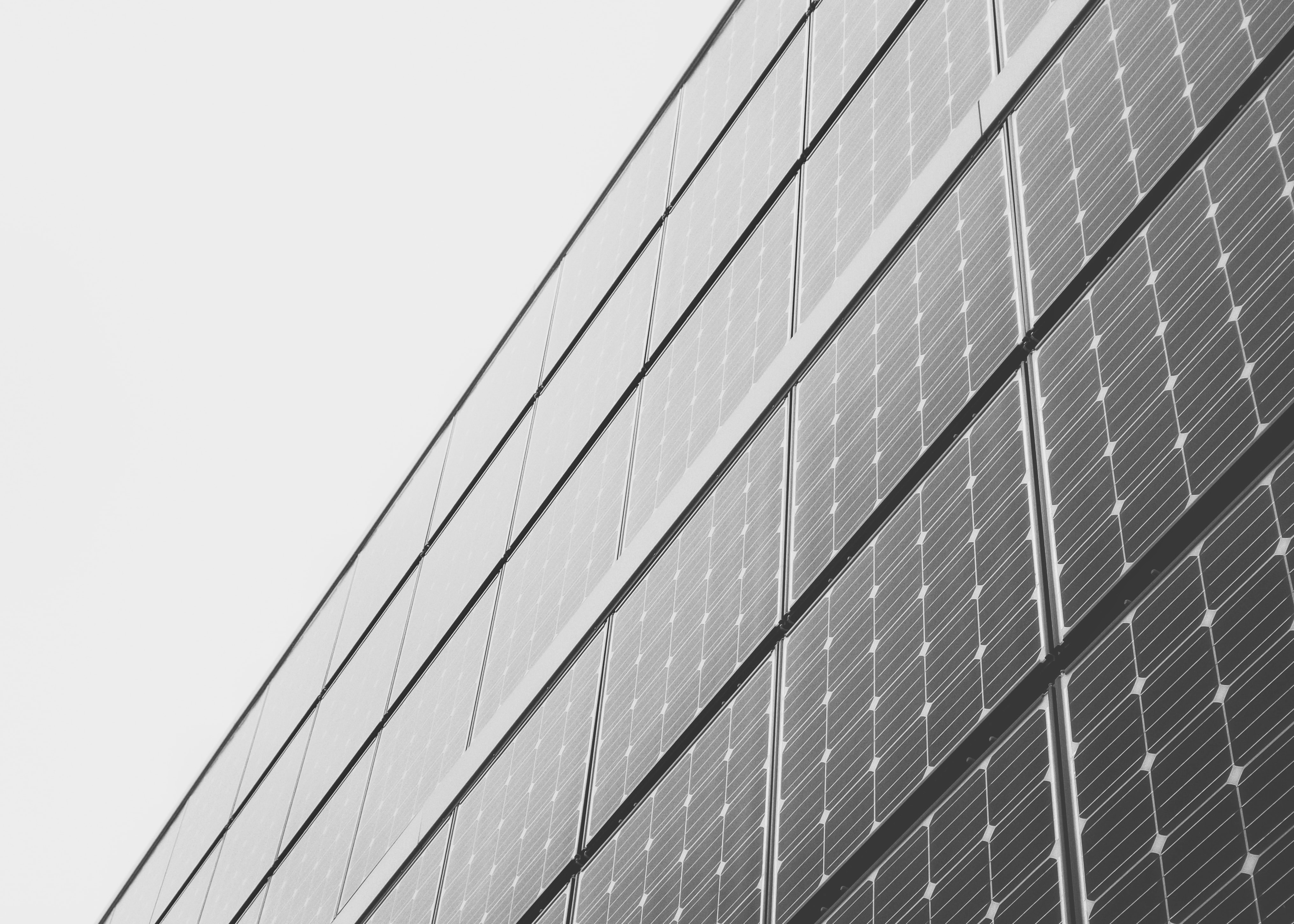