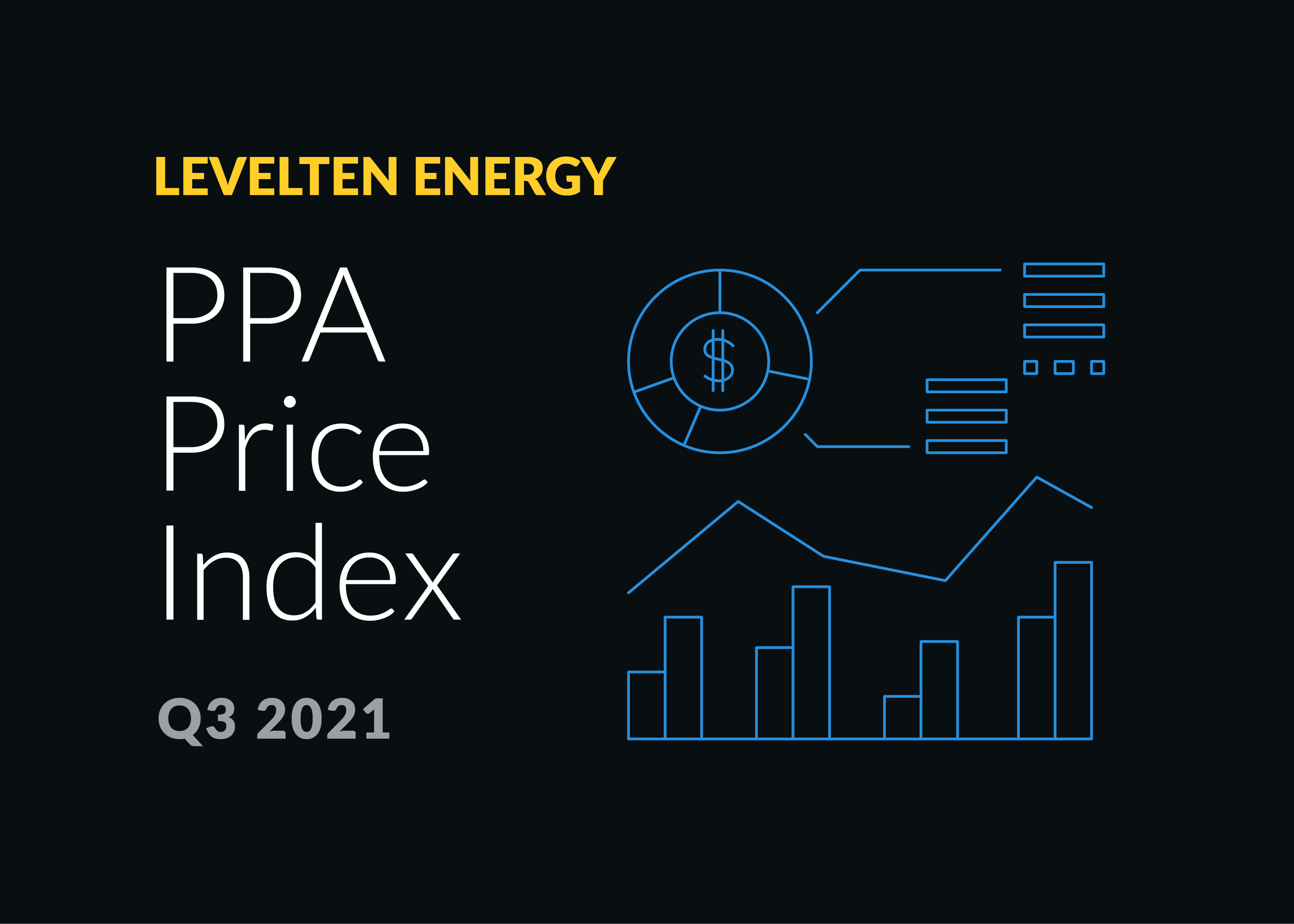 Today, LevelTen Energy released its Q3 2021 PPA Price Index Reports for North America and Europe, delivering the industry’s most comprehensive analysis of actual power purchase agreement (PPA) price offers on the LevelTen Energy Marketplace. Here are a few highlights from each report. To access the full reports for free, please complete the short forms below.

As demand for renewable energy continues to reach record levels, North American project developers are confronting a barrage of headwinds ranging from regulatory uncertainty to a global supply chain squeeze. These dynamics are slowing development timelines and making it difficult for renewable supply to keep pace with unprecedented demand. Consequently, LevelTen’s Overall National PPA Price Index rose by 5.4% during Q3, and 19.1% year-over-year.

In addition to rising commodity prices and supply chain issues, congested interconnection queues and permitting delays are adding complexity to PPA negotiations and making it more challenging for developers to accurately assess project timelines and costs. “Though this is a highly competitive market, we know that many buyers still need to procure to hit renewable energy deadlines that are right around the corner,” said Rob Collier, VP of Developer Solutions at LevelTen Energy. “Buyers that are motivated, decisive, and flexible in their procurements will succeed.”

Following reports in Q2 of human rights abuses in the solar supply chain in China’s Xinjiang province, solar developers have needed to adjust their supply chains during Q3 in an already tight PV component market. More recently, the threat of additional U.S. tariffs on Chinese suppliers exporting from southeast Asian countries has added further stress to limited supply as some Asia-based PV importers have responded by stopping shipments to the U.S. As a result of these pressures, in Q3, the North American National P25 Index for solar prices rose by 4.1%.

Given the many adversities the solar industry is facing, it’s perhaps surprising prices didn’t soar even higher in Q3 — though it is likely that the full impact of these issues will manifest more extensively during Q4. In our Q3 Survey of developers on the LevelTen Platform, one-quarter of solar developers said they planned to take action in light of these forced labor issues but had not yet done so, one-third of respondents said they were raising PPA prices in response to forced labor in the polysilicon supply chain, and more than half said they were incorporating anti-forced labor provisions into module supply contracts.

North American wind prices continued rising in Q3. The National P25 PPA Price Index for wind offers rose by 6% during Q3, and has risen substantially year-over-year. Particularly of note was the rise in PJM, as developers in the region combat an array of challenges. “PJM’s interconnection bottlenecks have hamstrung marketable projects. This is driving prices up because supply just can’t keep up with demand,” said Rob Collier, VP of Developer Solutions, LevelTen Energy. “With more renewables proposed on the grid, developers are bearing the high costs of upgrading transmission infrastructure and facing compressed returns due to regulatory changes affecting the PJM capacity market. Until some pressure is lifted off of developers, it’s unlikely that we’ll see prices drop.”

After several quarters of relative stability, European renewable PPA offer prices spiked during Q3 2021. Supply chain constraints and permitting issues have converged with Europe’s crisis of skyrocketing wholesale electricity prices to put upward pressure on PPA offer prices throughout the continent. From Q2 to Q3, the Overall P25 Index for European PPA price offers on the LevelTen Energy Marketplace rose by 8%. PPA prices in the UK and Germany have been hit particularly hard, with Q3 seeing substantial increases for both wind and solar P25 prices in both nations. In Spain, several consecutive quarters of PPA price decreases may have finally come to a halt. Spanish solar prices — the lowest in Europe — flattened out during Q3, and wind prices rose 2.9% after dropping 17.3% between Q2 2020 and Q2 2021. “As part of an effort to keep wholesale prices down, the Spanish Government has introduced a new Royal Decree that caps the profits renewable generators can make — a move that has sent shockwaves through Spain’s PPA market and has already slowed project buildout for some developers while project economics are re-evaluated,” said Frederico Carita, Manager of Developer Services - Europe,  LevelTen Energy. “Europe’s ongoing energy crisis seems poised to stunt the remarkable growth of the Spanish renewable sector.”

In Italy, solar PPA P25 offer prices remained flat during Q3, but the country’s onerous permitting processes are causing its robust solar sector’s project pipeline to shrink. Italy’s share of total European offers on the LevelTen Energy Marketplace fell by a factor of three between Q1 and Q3 of 2021. “In May of this year, the Italian government approved a ‘Simplification Decree’ designed to streamline the permitting process, but it will take time for these new processes, if successful, to accelerate the development of renewable projects in the country,” said Luis López-Polín, Senior Manager of Business Development - Europe, LevelTen Energy. “Continued government support in making renewable development easier will be critical as Italy strives to add as much as 70 GW of renewable capacity by 2030.” 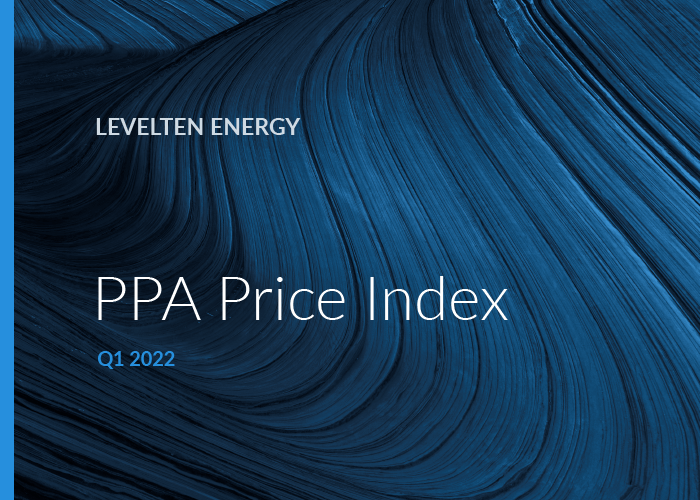