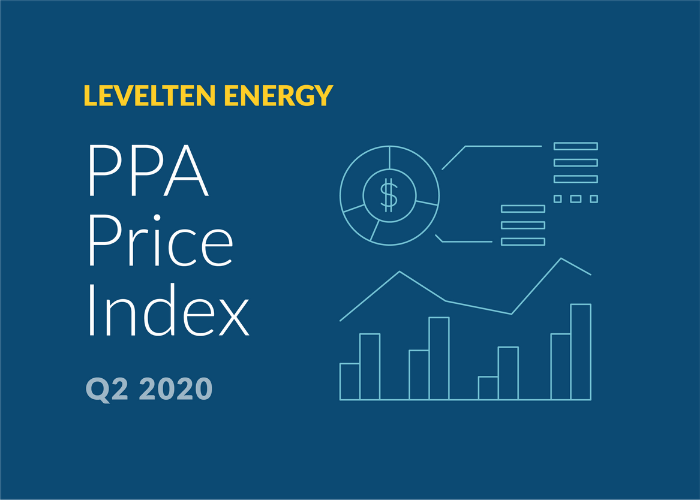 Two years ago, we launched the LevelTen PPA Price Index, the first (and only) index of actual power purchase agreement (PPA) price offers for renewable energy projects under development in North America. The report brought an unprecedented level of clarity to the market, and quickly became a must-read for renewable energy buyers and developers each quarter. Today, we’re pleased to announce that LevelTen is again bringing that same level of innovation and transparency to the European market with the launch of our first European PPA Price Index. Rather than historical RFP pricing, or industry estimates, this report will provide the industry’s most comprehensive analysis of actual, transactable PPA price offers in Europe. You can read more about our first report in the press release.

We’ll be publishing the LevelTen European PPA Price Index alongside our North American report every quarter. To download the full reports for Q2 2020, fill out the forms below.

Here are a few highlights from each: