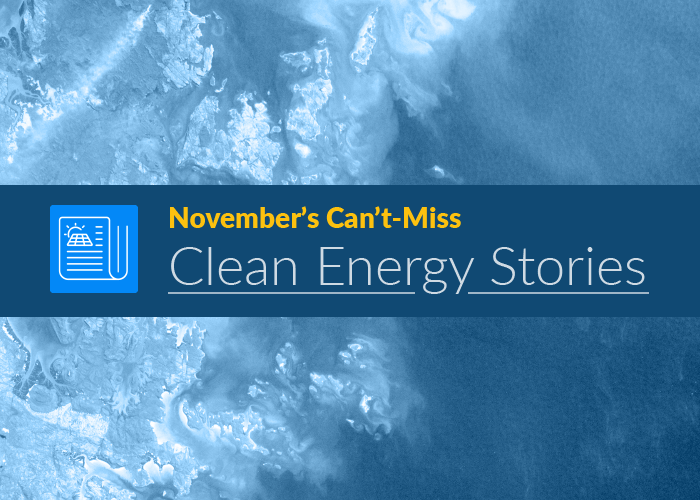 At LevelTen, we want important news and information concerning renewable transaction infrastructure (RTI), power purchase agreements, and new sustainability commitments to be easily accessible to everyone. Each week, we assemble the stories that matter most in our “RTI Weekly” newsletter, which you can subscribe to here. We’ve collected November's biggest stories below.

The final agreement produced from the Glasgow COP26 climate summit produced a mix of commitments and shortcomings. While the Glasgow Climate Pact does call for a phasing down of coal, the measure faced opposition from China and India and was ultimately pared down from its original goal of a full coal phase out. The agreement also included increased financial aid to help developing nations adapt to climate change and transition to clean energy, but the Pact as a whole has been criticized for still not going far enough to limit global warming, and for focusing largely on coal but less so on oil and gas — fuels used more predominantly by developed nations who are expected to be less impacted by climate change. While the deal does require countries to revisit their emissions reductions plans in 2022 to try to keep a 1.5°C target within reach, the pledges in their current state will only limit global warming to 2.4°C above pre-industrial averages — far above the temperature threshold targeted in the Paris Accord. (BBC)

The United States and China, which together account for 40% of the planet’s carbon emissions, have announced they will cooperate on limiting emissions to address the climate crisis. The move came as a surprise to many as the two nations work through multiple political tensions, with the countries agreeing to share policy and technology developments, announce national 2035 emissions targets by 2025, and revive a “multilateral” climate change working group. Though the agreement contains vague language and a lack of specificity, U.S. climate envoy John Kerry insists the agreement is a positive step for the two countries as they work to align decarbonization goals with a scenario consistent with Paris Accord targets. (NPR)

Prime Minister Narendra Modi announced at the COP26 summit that India — the world’s third-largest greenhouse gas emitter — will aim to reach net-zero emissions by 2070. Modi said India will work to have 50% of its electricity generated by renewables by 2030. The 2070 goal is notably 20 years behind the 2050 net-zero goal climate scientists say is required to avoid the worst impacts of global warming. (NBC)

LevelTen Energy, The Nature Conservancy, and The National Audubon Society have collaborated on a new white paper that outlines impact-focused principles renewable developers and buyers can incorporate into their work that will ensure the massive renewable energy build-out the coming decades hold will maximize local community benefits and protect natural habitats and ecosystems. LevelTen has incorporated the Impact Procurement Principles outlined in the white paper, Beyond Carbon-Free: A Framework for Purpose-Led Renewable Energy Procurement and Development, into a new software tool, the Impact+ Score™, which is now available for use on the LevelTen Energy Platform. The Impact+ tool operationalizes these principles, and allows for buyers and developers to communicate nuanced aspects of project build-out through a standardized and concise framework. (renews.biz)

German chemicals company BASF has entered into a 25-year PPA with developer Ørsted for 186 MW of renewable supply from the 900 MW Borkum Riffgrund 3 Offshore Wind Farm in the North Sea. (BASF)

Food giant Mondelēz International has announced it will work to achieve net-zero emissions across its full value chain by 2050, in addition to joining the Business Ambition for 1.5°C coalition and the UN’s Race to Zero Campaign. (Smart Energy Decisions)

Oil and gas giant Shell has announced new goals of reducing operational Scope 1 and 2 emissions 50% by 2030, compared to 2016 levels. (GlobeNewswire)

Global food distributor Sysco Corporation has announced new emissions goals of reducing Scope 1 and 2 emissions 27.5% by 2030, ensuring that 67% of its Scope 3 suppliers establish science-based emissions targets by 2026, and sourcing 100% renewable energy for its global operations by 2030. (Yahoo!)

New York utility Con Edison has set a goal of reaching net-zero carbon emissions from its facilities and operations by 2040, in addition to powering its own facilities with 100% renewable electricity by 2030. (Con Edison) 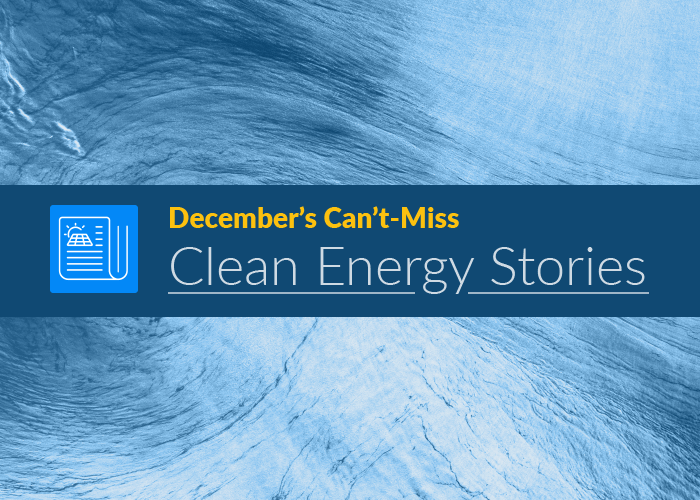 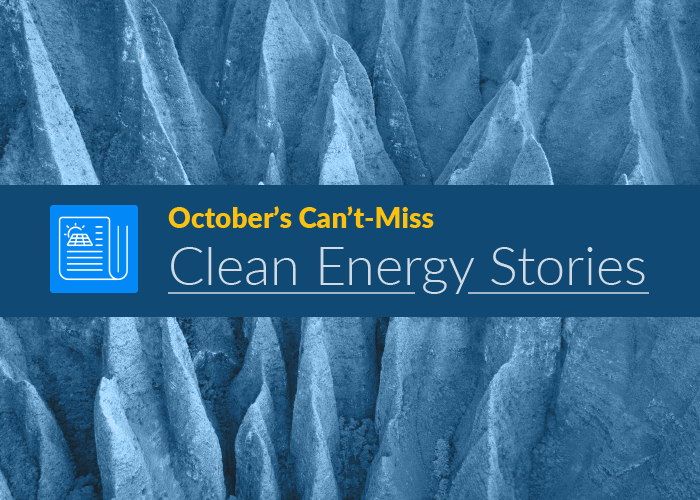