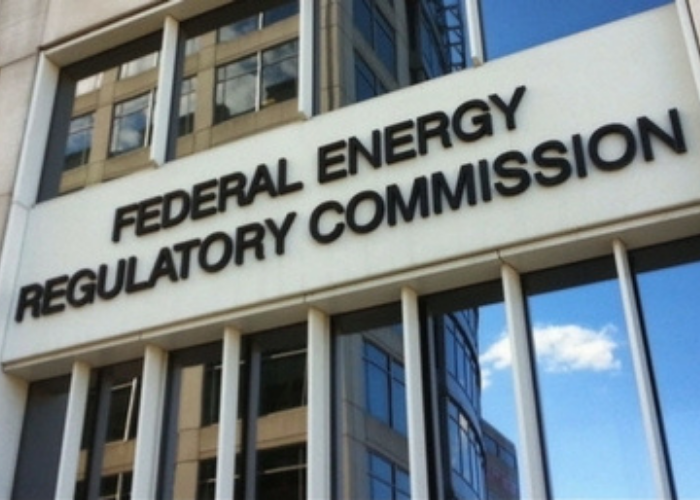 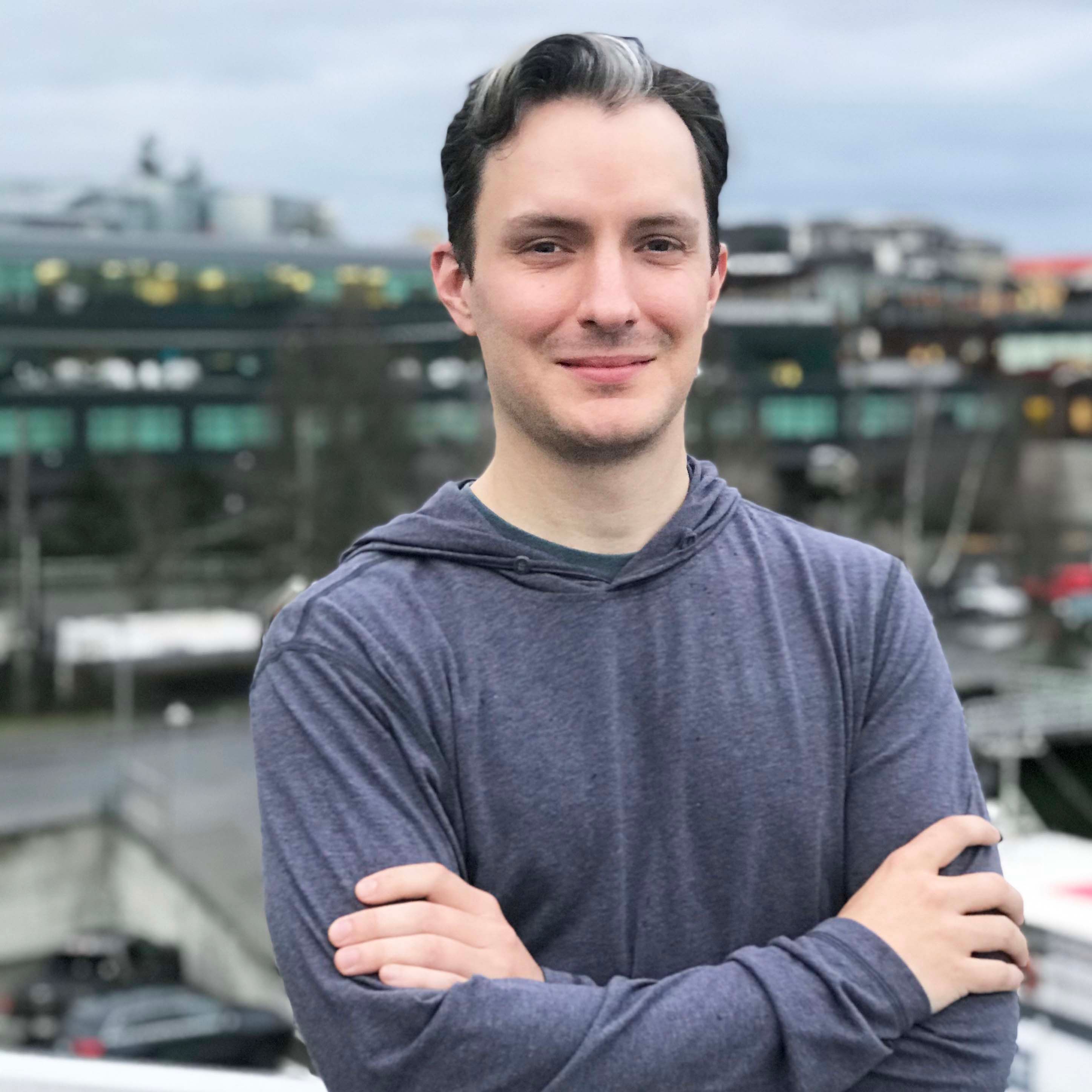 The dust is beginning to settle from the Federal Energy Regulatory Commission's (FERC) decision in December of last year to require renewable and nuclear generators in the PJM Interconnection to provide minimum offer prices in capacity auctions, and its effects are starting to coalesce for renewable energy project developers, retail customers, and corporate buyers. Since it now seems that PJM may not be the only market to experience reform, LevelTen wishes to provide updated guidance around why this is important. The good news is that as currently outlined, the future is bright for renewable energy projects as they are likely exempt from increased regulation. In the next month, following after a final regulator decision, projects could begin moving forward again in PJM.

For background, utilities use capacity auctions to ensure that they can source enough power to meet future energy demand. This market can help facilitate investment in new generation and may decrease wholesale energy price volatility by ensuring energy is available during peak demand. An alternative structure, called an energy-only market, is one in which developers rely upon price signals in wholesale electricity alone to make investment decisions. This is a primary difference between some grid operators in the United States, such as PJM (energy and capacity) and ERCOT (energy-only). In the ERCOT system, extremely high-priced wholesale electricity in the summer months may act as the investment signal for additional capacity, as opposed to more confident revenue through a capacity auction.

For everyone who hasn't been following the updates minute-to-minute (we don't blame you), in December the FERC provided guidance surrounding its expansion of the Minimum Offer Price Rule (MOPR), which is a minimum amount certain generators must bid into PJM's capacity auctions, and occur three years ahead of time.

The revenue that renewable generators earn from such auctions helps add to the revenue they create from selling electricity. Capacity is a smaller percentage of a project's revenue, but in PJM that amount can range between 10% and 20%.

As an example, take a 100MW project that clears 34MW of capacity at a $100/MW-day rate in the capacity auction. In this stylized example, the developer would get $3,400 per day in capacity payments. If their Power Purchase Agreement (PPA) price is $35/MWh and the project's net capacity factor (the percentage it typically produces versus its theoretical maximum) is 24%, this means the developer can expect $20,160 in PPA revenue per day ($35/MWh * 24 hours *24% * 100MW, on average). So, the amount of capacity revenue in the project is 14.4%.

The short and sweet of FERC's December guidance is that energy generators that receive state subsidies will now be subject to new minimum price offer requirements, and FERC defined "state subsidy" to include most renewable projects that qualify for state RPS programs. This minimum offer price is based on the difference between what they earn in energy markets and what is required to meet their capital investment.

That required minimum price is forecasted to be significantly above the bid that renewable generators currently bid into capacity auctions. For example, if the auction clearing price is $100/MW per day and the minimum offer for this solar project is $200/MW per day, it may not receive any capacity revenue. In fact, the minimum is so high that many doubt renewables will receive any compensation for capacity if MOPR is applied to them.

Without these capacity payments, the pathway to achieving the internal rates of return required by project developers for new solar and wind projects becomes limited. However, to meet state renewable energy goals, projects must be built. To obtain the same internal rate of return in the above example, it would require adding $5.90/MWh (16.8%) to the PPA price (and this is a low estimate that ignores what happens after the 15-year PPA has expired).

The good news for corporate procurement is that PJM has outlined a ‚Äòcompetitive exemption' for certain types of contracts. As long as a renewable project foregoes taking any state subsidies, it will not be subject to a MOPR that requires increased capacity bids. Voluntary Renewable Energy Credit (REC) procurement, as opposed to state-mandated REC procurement, could fall into this bucket. With these carve outs, the future is optimistic for corporate procurement in PJM to move forward with confidence that capacity revenue will be available to them.

What Effect Has MOPR had on Renewable Energy Projects in PJM?

The first area we turned to as a possible source of data was the LevelTen Marketplace. The reason for this is that projects under development may need to update their offer prices to cover lost capacity income. This is somewhat speculative as, in reality, many project developers simply put their projects on hold until further guidance is announced. While specific offers within LevelTen's Marketplace are only visible to LevelTen users, we would expect to see somewhat rising PPA prices in the aggregate.

If we look at three PJM zones (AEPDayton Hub, Western Hub, and Dominion Hub), this expectation plays out from the middle of 2019 forward. Over the past few years, up to the middle of 2019, PPA prices decreased. Since then, there have been slight increases, which has been uncommon for renewable energy projects over the past few years. Again, there is more to project pricing than MOPR, such as federal tax credit phaseouts, engineering, procurement and construction (EPC) costs, and panel availability, but the PPA price increase during the fall of 2019 of over 10% is notable and the offers have been treading water since then.

A natural instinct would be to assume that MOPR would result in higher wholesale electricity prices, as it could reduce the entry of lower cost renewables, but we cannot go there to explain the increase in 2019. This is because most renewable energy projects primarily earn electricity revenue from their PPA for the first 10-15 years of their life. In fact, this sort of regulatory risk posed by MOPR, is one of the reasons why financiers require contracted revenue during the first 10-15 years of the project. 100% merchant projects, or those that do not have a PPA, are quite rare.

These projects are exposed to greater wholesale price changes, making them more risky and costly to finance. And since the MOPR guidance only applies to new-build renewable projects, the impact to wholesale prices would be felt over a decade in the future, when the PPAs expire and the projects bid into wholesale markets. While MOPR certainly changes the outlook for what assets remain in place and what the resource mix will be (for instance, coal plants may remain open longer), it is not possible to glean insights on the power market from this action at this time.

The effect on prices could end up being either positive or negative, depending on how the rules are understood and exercised in practice. In the immediate term, while wholesale electricity prices remain flat, it is possible that retail prices increase. If MOPR results in higher priced renewable electricity projects under PPAs and higher clearing prices for capacity, the increased costs to procure and deliver electricity will likely be passed on to consumers and businesses.

That brings us to RECs. As many corporate buyers know, RECs are one of the critical factors in being able to cite whether an organization uses renewable energy or not. We can think about how MOPR would impact REC prices and what that says about the market for renewable energy in a very Economics 101 framework. All else being equal, if 10-20% of revenue loss decreases the project's internal rate of return below the hurdle rate for many developers, the supply of RECs in the future becomes less known, because fewer projects could be built in the near term as we await further guidance. That uncertainty toward decreasing renewable project supply should push the prices of RECs in the marketplace today higher. That is what we see when we observe 2019 data. As RECs are typically bundled with LevelTen's platform, we turn to reported prices to conduct our analysis.

RECs come in different flavors depending on who produced them, but in PJM we want to look at "Tier 1" REC prices for Pennsylvania, Maryland, and New Jersey. While these states have higher REC and RPS values, which make it less comparable for corporate procurement than a project in Virginia, for example, the data availability allows us to better conduct our analysis. Monthly moving averages of price have been increasing from a base of roughly $6.50 in August 2019 to over $9.50 in January 2020, as shown below. While there are more market factors affecting the valuation of RECs than MOPR, including a decline in 10-15-year forwards in PJM Locational Marginal Prices, the marked acceleration in prices at the end of the year and from October 2019 to January 2020 is notable. It's important to look at prices a few months before the announcement as well, because even as early as August of 2019, debate had already begun on the impacts and likelihood of reform.

As guidance has been given that corporate PPAs would be exempt from the MOPR, and that RECs from exempt projects may not be resold into the market, it will be critical to watch how these markets react. From LevelTen's perspective, while these states have more expensive REC prices than some others, the liquidity provided displays the general trend in the marketplace. While buyers may choose to transact in other states or come to different REC swap agreements, these states have clear market data that practitioners can reference.

While PJM is the nation's biggest grid operator and gets its fair share of publicity, it is not the only organization that is undergoing possible capacity market reforms. In New York (and its NYISO operator), MOPR has surfaced in another form as "buyer side mitigation," but the message is very similar. Although renewable (or intermittent) resources may be exempt, possible limitations to offer prices may apply to energy storage resources such as batteries. This would hamper the growth of a lynchpin technology in what is a congested area of the country for transmission and put some of New York's clean energy goals in jeopardy.

If you'd like a copy of this report, fill out the form below to download the PDF.